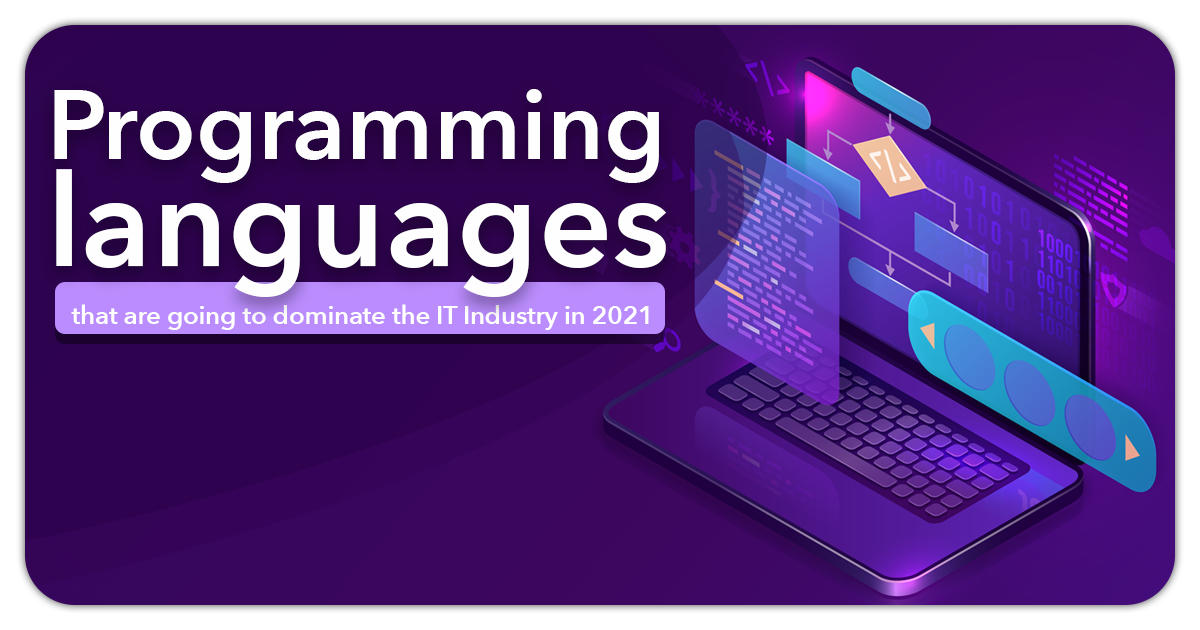 It will be an understatement of the year if we say the IT industry is dynamic. We all can agree that the industry has moved past that word and is now more unpredictable than ever. While new languages are coming and maturing within a few months, decade-old languages are adapting, improving, and surviving better than before.

We asked various domain experts at Sarvika Technologies to name the programming languages they think will lead the change in 2021. Here are the results.

Python: The reason behind the massive success of this programming language is its thriving community. Python Software Foundation, a non-profit, makes many resources – courses, tutorials, conferences, forums — easily accessible for non-experienced developers.

Start-ups and multinationals use Python because it is easy and helps in building complex software solutions. Start-ups use the language to produce fast and cost-effective minimum viable products, whereas MNCs use Python for easier integrations because it works seamlessly with other technologies and platforms.

Go: The IT industry cannot thank Google enough for making Golang an open-source project in 2009. The language was invented by the Google team to improve their internal workflows. Go aims to untangle the software development process, especially for complicated architectures and processes.

It is ideal for companies seeking lean and efficient code, which results in faster software and application delivery. Golang is the perfect fit for businesses offering on-demand services or increasing their existing e-commerce functionalities.

Node.js: Node.js uses JavaScript to build website applications, which is an already familiar language, thereby making the transition to this technology a breeze and the reason behind its popularity with the developer community.

As compared to other languages, applications built on Node.js are easy to modify and maintain because a group of small applications is made instead of one large application. It has received rave performance reviews from companies like PayPal, Walmart, and LinkedIn.

Java: Old is gold – that’s the perfect way to describe this programming language. Java is the most widely used coding language across the globe. It is fast, secure, and reliable. A major reason why Java is still growing is due to the super active community that continuously develops the language, offers guidance, shares insights and feedback.

In addition to this, it is platform-independent, open-source, object-oriented, offers an easier learning curve, highly scalable, versatile, etc.

PHP: Almost 26 years old, PHP is still going strong because WordPress is based on the language, and a majority of websites are built on this content management solution. In addition to CMS development, PHP is also used to build standalone and server-side web applications.

Another reason behind the popularity of this general-purpose scripting language is significant improvements every year in the codebase. It is getting better with every iteration and release.

React: When big names like Facebook, Instagram, Uber, and Airbnb use this open-source JavaScript library to resolve their UI issues, then building credibility is an effortless job. React basks in the industry’s love due to its simplicity and flexibility.

React is easy to learn for those familiar with HTML; element creation is simple; JSX (JavaScript SML) lets the developers write in HTML; availability of Virtual DOM speeds-up the application rendering process; is compatible with other libraries and frameworks.

Angular: Launched by Google in 2010, Angular is a framework that is used for creating robust web applications, though the original intention was to convert HTML docs into dynamic content. Since the framework has Google support and an extensive community forum, it receives frequent updates almost every six months.

Fast testing, high data security, easy multitasking (project development, code optimization, etc.), smooth integration, consistency in code; are a few of many reasons why Angular is popular in the market.

Vue: Vue clubs all the pros of frameworks like Angular, React, Knockout and provides a modern framework to developers for building web interfaces and one-page applications.  It easily becomes a part of an application via a script tag and gains space from there. The core library of Vue focuses on the view layer of the project, thereby easing the integration process with other libraries and projects.

The best part of Vue is that it’s extremely tiny in size (less than 24KB) yet powerfully performant.

Bootstrap: Since becoming an open-source project in mid-2011, today, Bootstrap is the most popular front-end framework and open source projects in the world. It was created by Twitter’s Mark Otto and Jacob Thornton (earlier known as Twitter Blueprint) in the mid-2010s. Bootstrap is a mobile-first front-end web development framework and focuses on simplifying the development of informative web pages. It is a free, open-source HTML, CSS, and JS framework containing templates for text, forms, buttons, navigation, and other interface components.

Bootstrap can be used in any development environment or editor, and any server-side technology and language, from ASP.NET to PHP to Ruby on Rails. Bootstrap increases the speed of development.

PWA: Massive user base of smartphones and convenience led to fast & crazy adoption of the Progressive Web Apps (PWA). Since they deliver native mobile application experience to end-users through the web browser, thereby removing the hassle of downloading the application and shelling out RAM and phone storage. On the development side, building PWA is cost and time-saving because one code works for all devices and OS, no need to meet app store compliances, no publishing, etc.

Flutter: It is an open-source Software Development Kit (SDK) by Google and enables building scalable, robust, and high-performing mobile applications for diverse operating systems using a single code base.

Flutter is working on Google’s in-house language Dart, which has excellent community support (guidance and tutorials) and offers all the benefits of cross-platform application (fast development, easy on the pocket, code reusability, effortless application testing, etc.). Together these make Flutter popular within the development community.

Swift: Apple Inc. has grown significantly in the last decade. All its products – iPhone, Macbook, iWatch, have created a vast user base, which developed a massive appetite for Apple OS applications in the market. Swift was launched by Apple in the year 2014 as the advanced version of Objective-C — faster, easier and smarter.

The two biggest reasons behind Swift’s success are – coders starting their coding journey can work on this language, and it identifies errors during the compiling process and provides better quality control, thereby keeping the application safe and less prone to errors.

Kotlin: The announcement of first-class support for Kotlin by Google in 2017 and stating it as the preferred language for android application development in 2019 threw Kotlin into the limelight. Fewer coding efforts as compared to Java made it a mobile app developer community favorite.

We hope after reading this you have an idea of which language skills to pick or polish. If you feel we have missed any language that you think will create waves, then contact us and share the name along with your reasons. We’d love to hear from you.

Sarvika Tech is a team of young, energetic, and technology-loving people on the journey to help companies achieve their goals by supporting their IT needs. In a nutshell, we are a people’s company where the priority is their knowledge enhancement and career development. We believe that focusing on our most important asset, the team, will enable us to push boundaries and deliver ingenious IT solutions. 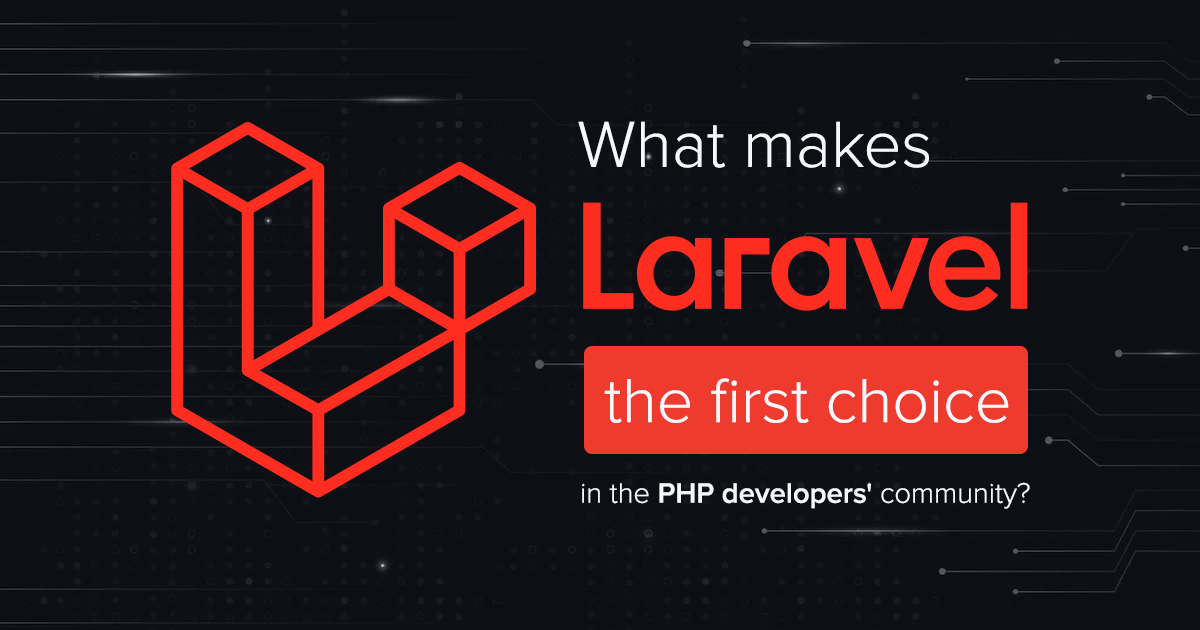