Blog /  Life At Sarvika / People of Sarvika: A man who always finds a way to get anything done – and done it well – #PeopleOfSarvika 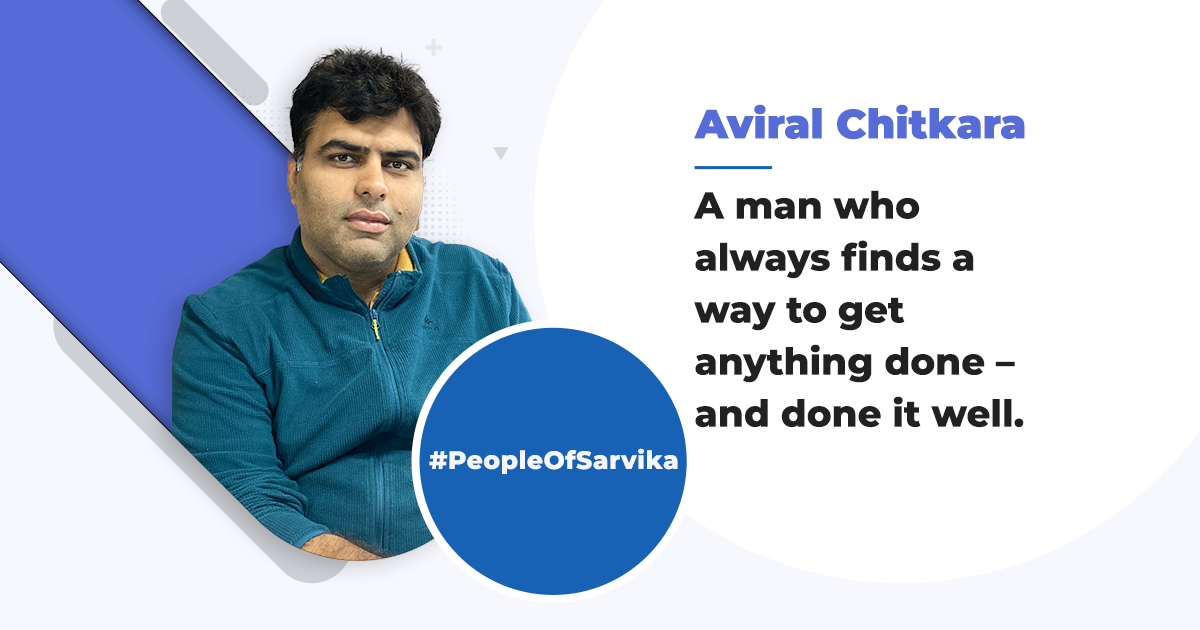 Welcome to another feature of the people of Sarvika. If you have been a regular reader of our publications, you probably know we use this medium to showcase the people who work behind the curtains in shaping the organization. This time, the man in focus is Aviral, Business Operations Manager at Sarvika Technologies, for more than four years. Unlike our previous #peopleofsarvika blogs, we aren’t having one-on-one conversations with Aviral because the only thing that has to remain permanent since he joined us – he can be anywhere on the premises apart from his desk. Catching him for an interview was not easy, so we decided to pen down our thoughts in describing this powerhouse of Sarvika in our own way.

A little about Aviral before being a Sarvikan

He became a part of the organization as a Senior Business Development Manager, carrying his rich experience in expanding business growth in international markets. Before joining us, he worked in global sales in various organizations proving his caliber. He holds a Master’s degree in International Business and Bachelor’s in technology, making him a passionate business development guy with extensive involvement in technology. We won’t be wrong in saying he has tried his own hands in various technical languages and project implementations after sales also.

How did Sarvika find him?

Back then, we were a team of 20 people with a single large client from North America, where everyone was involved in advancements of concurrent platforms, and maintaining the current clientele. We wanted someone to prove our worth in more markets and domains, as the company was venturing into ecommerce primarily. Carrying years of experience in technical sales, he was looking for a venture where he can utilize his entrepreneurial mindset and manage the entire sales operations. With him, we found an alike minded person who believed in giving what it takes to support the leadership by collaborating on strategic development, performance measurements, and control systems across the board, breaking the boundaries of sales and the company’s operations.

What makes him the best for us?

Aviral knows everything. And if he doesn’t, his unquestionable research skills can figure out the answer to any question. He merely started with sales operations, conducted hundreds of pitches over the years, and got promoted to a leadership position in no time. It’s been around four and half years since this fellow is creating magic with his competitive intelligence and strategic analysis skills, making him dependable on the cultural and financial growth of the company. With Aviral, we found an individual who made everything easy for the rest of the team. He is gifted with the ability to wear multiple hats and what we like is the funny element in him that makes him the “Yes” man for clients as well as the team. With him onboard, we know what’s happening in the local as well as global markets, we know what the employment environment tells us nowadays, we know how policies work and we know how to create synergies.

Sarvika Tech is a team of young, energetic, and technology-loving people on the journey to help companies achieve their goals by supporting their IT needs. In a nutshell, we are a people’s company where the priority is their knowledge enhancement and career development. We believe that focusing on our most important asset, the team, will enable us to push boundaries and deliver ingenious IT solutions. 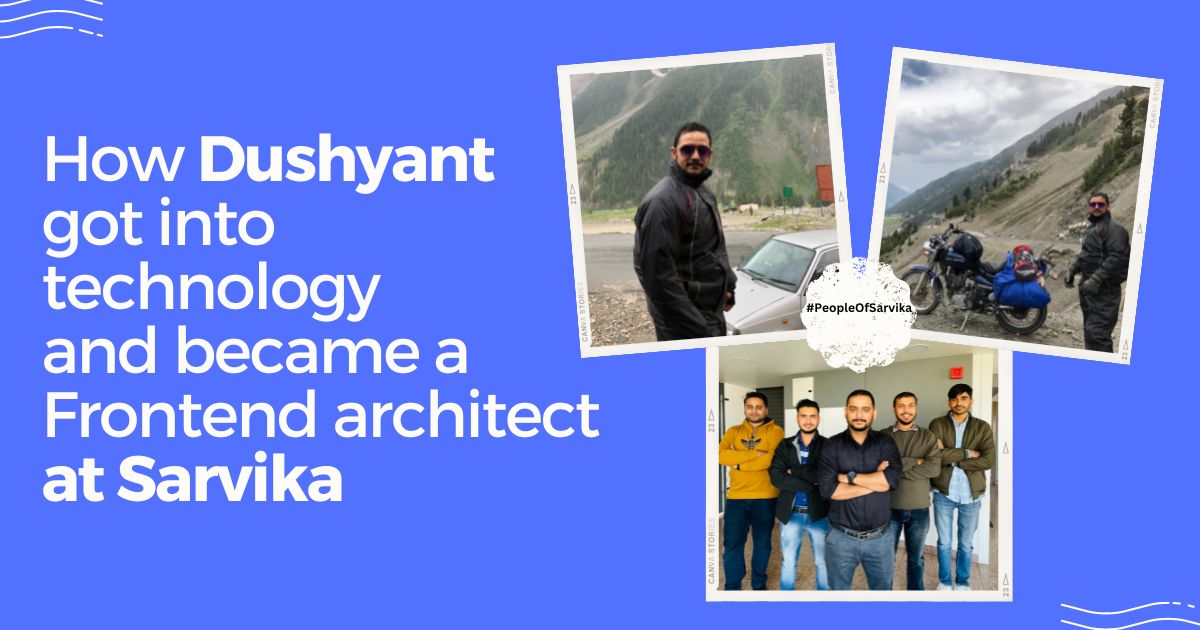 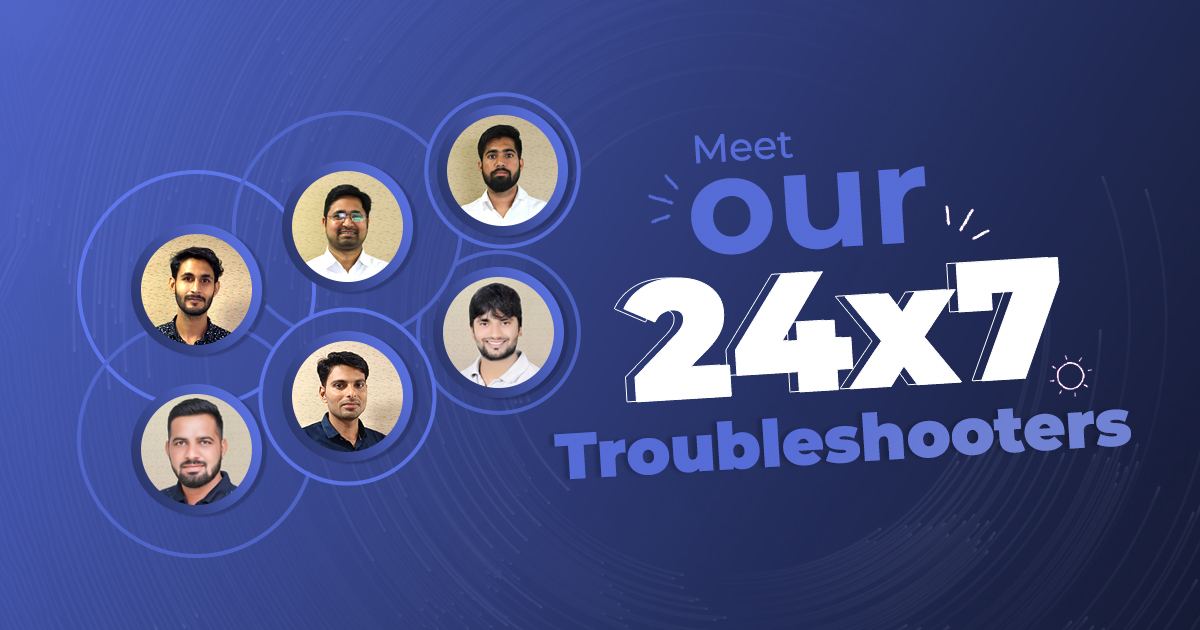 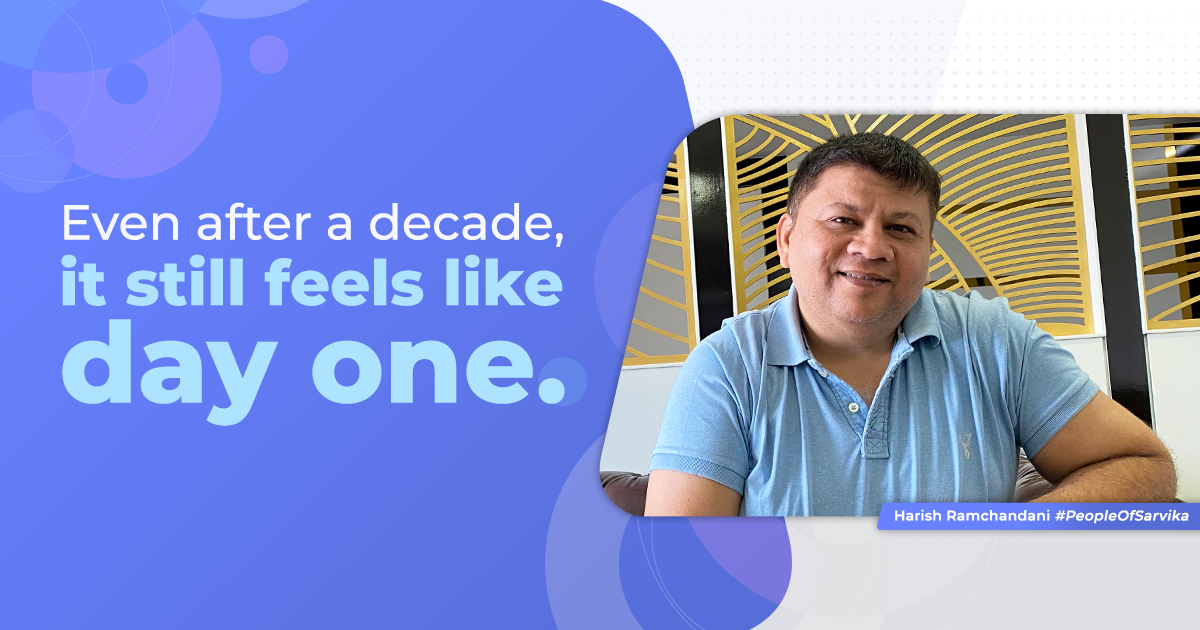 Even after a decade, it still feels like day one. Harish Ramchandani #PeopleOfSarvika